Image of Ireland, sourced from Wikipedia

Image of Ireland, sourced from Wikipedia

It’s Beginnings, Irish Traditions, and How It Looks Today

Born in Britain, St. Patrick was kidnapped by Irish raiders and sold into slavery. After several years, he was able to escape back to his family. Upon receiving dreams informing him of his greater purpose, he eventually returned to Ireland to teach the Celts Catholicism, and he is remembered for bringing the faith to the people of Ireland. Even today, Ireland is deeply Catholic, and it is ingrained into their culture and even merged with their existing myths of the Fair Folk and other folklore. Some of Saint Patrick’s recorded miracles included raising people from the dead, praying for food for the starving people of Ireland, and his call was answered in the form of a herd of pigs appearing from seemingly nowhere. His most common legend, though not recorded by St. Patrick himself, was driving out all the snakes from Ireland. You can read his written work, The Confessio, and Letter to Coroticus today.

Believe it or not, St. Patrick’s Day is celebrated more in America than it is in Ireland. In its country of origin, it is observed as a Catholic holiday, and traditions include attending church, eating dinner with your family, small house parties, and some drinking. Some traditional foods of the Irish people include shepherd’s pie, created by Irish peasants out of leftovers so as to not waste any food. As a people who formerly suffered a famine and ethnic cleansing by the British, food was once hard to come by, so every scrap was consumed. Shepherd’s pie includes lamb (if you use beef, that is a cottage pie. Shepherd’s pie is always lamb), mashed potatoes, carrots, onions, and sometimes peas, layered together and baked, similar to a casserole. Other popular dishes included lots of seafood—Ireland is an island, after all!—not to mention potato soups, coddles, bread puddings, Irish soda bread, and apple cake. 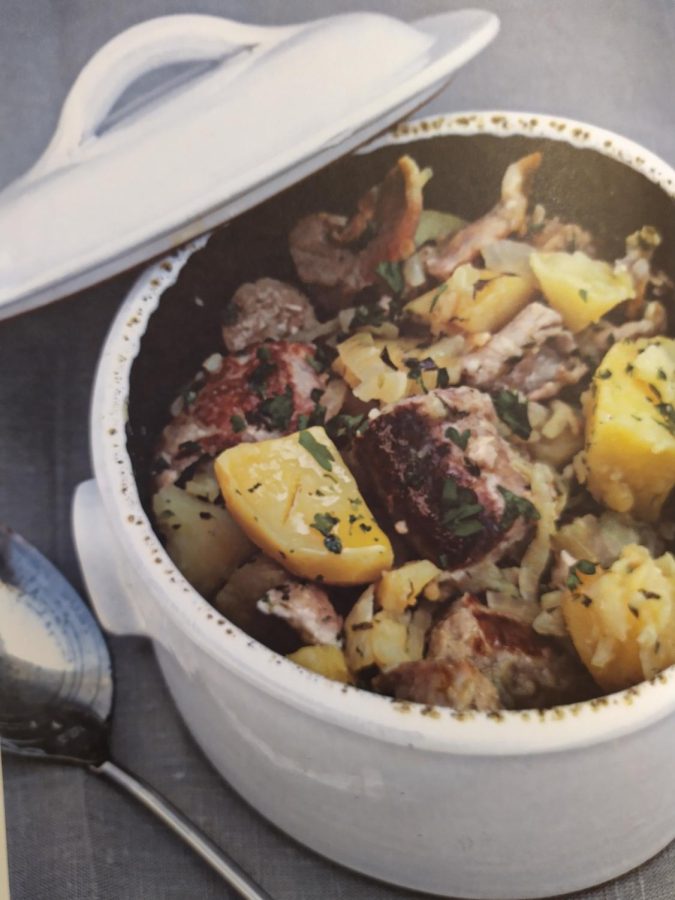 I’m sure many of you read that list of Irish foods expecting corned beef and cabbage to be included, but in reality, corned beef and cabbage was an Irish-American dish, not an Irish one, though the Irish do have a traditional dish of bacon and cabbage. Irish immigrants to the New World during the Industrial Revolution and Irish Potato Famine/British ethnic cleansing were often poor, and could only afford things like corned beef and cabbage to eat. Other differences in American celebrations for St. Patrick’s Day include dying the river green in Chicago, parades, large parties and pub crawls and drinking, taken from the stereotype of the Irish drunk. Shamrocks are also used as decoration, which is a holdover from the original recognition of St. Patrick, who famously used the plant in his explanation of the Holy Trinity to the people of Ireland. The Father, the Son, and the Holy Spirit. Three holy parts, one God. Today, Catholics also use this analogy in a four-part blessing over themselves or others, called the Sign of the Cross. Today, the Americanization that bleeds into every culture worldwide similar to the way Catholicism once did affects Irish celebrations back in the original culture. Some people have taken up the American tradition of eating corned beef and cabbage, and some towns celebrate with parades.

As America has changed the St. Patrick’s Day traditions and made them their own; we should honor Irish works as well, to keep the original culture alive. Some things you can do are listen to Irish artists such as: The Cranberries, a popular Irish rock/grunge band. Their most widely-known song is Zombie, lamenting the deaths of Jonathan Ball and Tim Parry, who lost their lives in the Warrington Bombings. Some others include: Enya, U2, Dropkick Murphys (Irish-American) and Van Morrison. You could also watch Irish made and produced films, such as The Commitments, Sing Street, The Wind Shakes the Barley, Darby O’Gill And the Little People, Belfast, In the Name of the Father, and many more. You can also delve into Irish myths and legends, such as the Salmon of Knowledge, Legend of Cu Chulainn, The Children of Lir, and many more. Check out episodes of the Lore podcast on Spotify and IHeartRadio. Some Irish-based ones include: “Beyond the Pale” (Ep 168), “Black Stockings” (Ep 11), and “The Tainted Well”’ (Ep 68). Irish influence and talent are prominent in pop culture without most people even realizing it, and if we’re going to honor an Irish holiday, we must first immerse ourselves in their history and culture to better understand them.

As an American born in Ireland, this article was a pleasure to write. I hope you enjoyed reading a bit about one of the most fascinating cultures in the world. And as they say in Ireland, “Happy St. Paddy’s Day!”