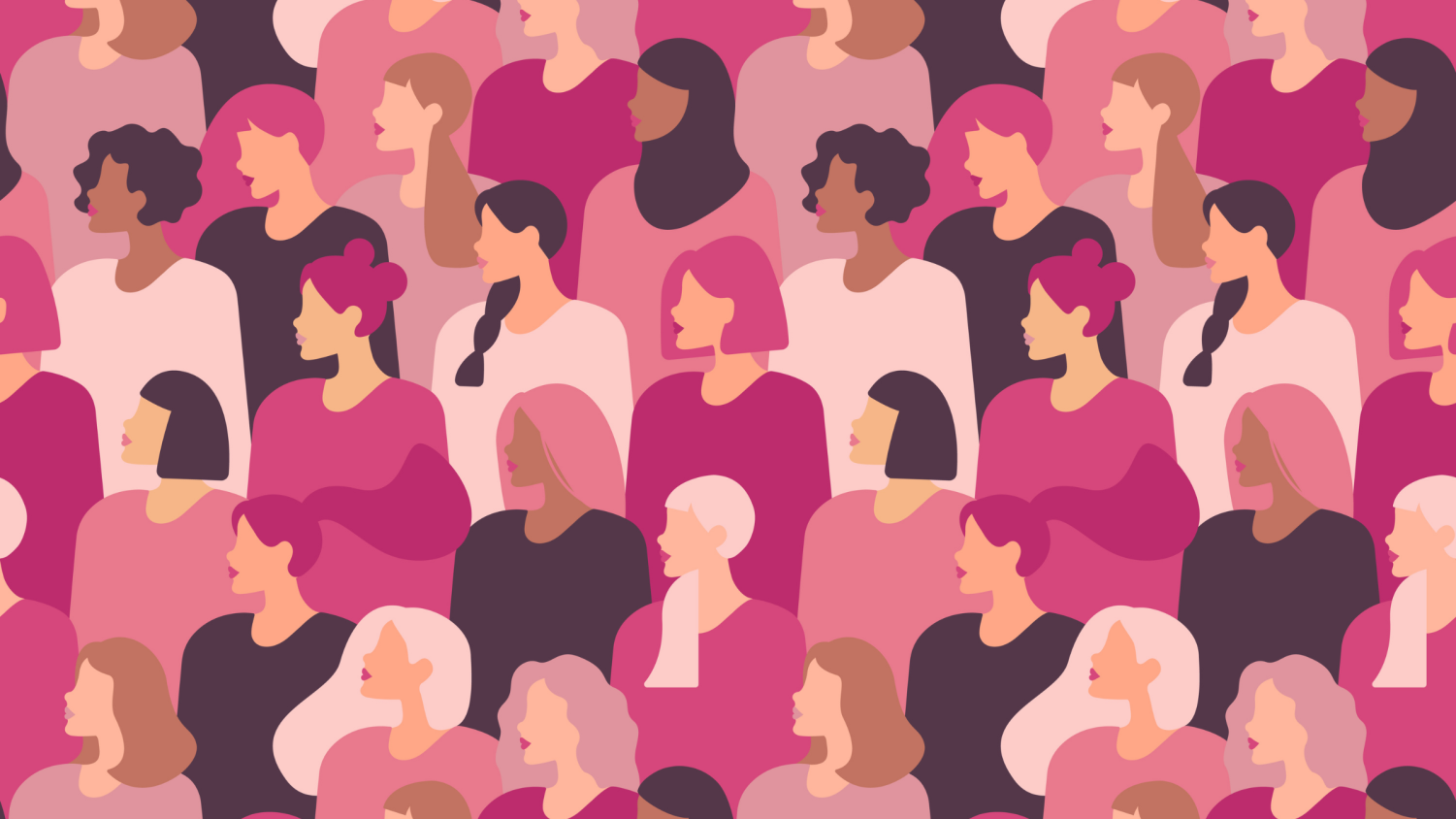 Here are some films we recommend for Women’s History Month!

Women’s Action/Superhero Category:
Birds of Prey & The And the Fantabulous Emancipation of One Harley Quinn (PG-13) , Black Widow (PG-13)

We have two of the most baddest women there are in the Marvel Cinematic Universe (MCU) and DC Universe! The fabulous Harley Quinn has her own movie Birds of Prey and the And the Fantabulous Emancipation of One Harley Quinn that hit theaters in January 2020. It showed her going through her breakup with the infamous Joker and separated her from the usual toxic relationship stereotype.  In this film we see more character development such as sympathy and love.

In previous films starring Margot Robbie as Harley Quinn, we’ve never her show an ounce of compassion and feelings. She has a wall built in front of her emotions that blocks her from showing any ounce of remorse. As the movie progresses, we see Harley start to see how badly she was treated and that the reason people portrayed her as the villain was because of her relations with the Joker. We finally see a Harley that cares for others and puts them first instead of herself.

Now, the MCU is probably one of the biggest grossing movie industries in Hollywood. They are most known for their Avengers movies. The most infamous role in these movies is Black Widow played by the amazing Scarlett Johansen. In 2021, she got her own movie that debuted in theaters on July 9th. The first film we see Black Widow in is Iron Man 2 which was released in 2010. She was introduced as “Tony’s Assistant.” We later learn that she is an undercover agent for S.H.I.E.L.D. As the movies progress over the years, we see more and more into her backstory. Still not knowing everything about her, the “Black Widow” film gave us more insight into why her character is the way she is. We see that as a child she was taken from her parents and given to two strangers who we later learn are Alexei Shostakov and Melina Vostokoff.

The movie starts with a young Natasha growing up in a normal suburban city. As the movie progresses, we start to learn more about her background in Russia and we also learn about her sister, Yelena. We see the hardships she has had to go through as a teenager all the way up into her older years. She lived many lives until she joined the Avengers, she once said “I’ve got red in my ledger. I’d like to wipe it out…” this gave us a good look back at her past and why she is so adamant about clearing it up. Unfortunately, her role came to a devastating end in Avengers: Endgame which debuted in theaters August 2019. We saw her grow so much as a female lead who constantly defied stereotypes and brought a strong female influence.

If your not into the Superhero/Action trope, then maybe these history films are the ones for you! Two of the most recommended films for this month that showcase how life was back in the early 50s and 60s are The Help and Hidden Figures. These two movies highlight not only female leads but how People Of Color (POC) were treated back in those times. The movie Hidden Figures is about three females of color, Katherine Johnson, Dorothy Vaughan and Mary Jackson who work in the U.S space program N.A.S.A. They were highly intelligent in the mathematics category, they served a vital role in sending famous astronaut, John Glenn to space. Throughout the film we go on to see the hardships these incredible women faced, such as having to walk over four miles to use the restroom, drinking from a different coffee pot, gender stereotyped roles. Though one scene towards the middle of the movie had such an amazing meaning behind it, leader Katherine Johnson stood in the middle of the office after walking back in from using the restroom and having to journey in the rain in a set of heels and dress below the knees, because that was standard feminine attire, she had enough and proudly said:

Katherine Johnson: There are no colored bathrooms in this building, or any building outside the West Campus, which is half a mile away. Did you know that? I have to walk to Timbuktu just to relieve myself! And I can’t use one of the handy bikes. Picture that, Mr. Harrisson. My uniform, skirt below the knees and my heels. And simple necklace pearls. Well, I don’t own pearls. Lord knows you don’t pay the colored to afford pearls! And I work like a dog day and night, living on coffee from a pot none of you want to touch! So, excuse me if I have to go to the restroom a few times a day.

The next film, The Help also showcases how women of color were treated back then. The movie starts off with Skeeter, (portrayed by Emma Stone) asking Aibileen Clark (portrayed by Viola Davis) if she knew she was going to be a maid when she was a little girl, to which Aibileen doesn’t really give us a response, she just sort if smiles and continues to finish washing the dishes. She goes into her story of how many children shes raised in the span of her lifetime. She tells such a heart-wrenching story about how hard it’s been since shes lost her son. As the movie progressed we begin to see just how horrible white women treated their maids. They would verbally abuse them and even go so far as to cruel and unlawful punishment. They were underpaid and over worked. Skeeter who is the main protagonist through out the film, sparks an idea to write a book called The Help hence the title of the movie. We see just how stereotyped women were back then. The characters soon start to work together and began to tell Skeeter their stories about working for white women. As a society we have come so far in striving to make everyone feel equal. We have done away with segregated bathrooms, stores, drinking fountains, ect. We not only as women need to make each other feel accepted and loved. History does not define us anymore.

These two movies have a lot in common but are so different in the same way. Legally Blonde is a about a young adult girl from California who is obsessed with fashion and beauty but at the same time also wanting to get revenge on her ex-boyfriend, Warner, when he tells her that she wasn’t smart enough for law school and he would never marry her. The movie goes on to show her defy and step away from blonde stereotypes and triumphs the norm of women being in the court of law. Elle goes onto to study for weeks on everything Law and Order. She apply’s to Harvard, where not short after she gets accepted. She runs into her ex, Warner, where he becomes befuddled at how she got into law school. As the movie goes on, Elle as her first case in a court room. She uses not only her brain but her beauty to observe and discover the actual criminal in the crime. She uses her knowledge of proper hair care to discover that the defendant is actually innocent instead of guilty!  With that she puts away the actual murderer and is congratulated on her shocking discovery.

On The Basis of Sex focuses on the same thing really, a strong independent female lead in a court system only however it’s backstory is based on the real life Ruth Bader Ginsburg. The movie starts off when a young Ruth Bader Ginsburg takes on the challenge of a ground breaking tax case with her known husband, Martin. She believes that this case could trend send her career and the way women are viewed in the courts. The movie’s basic plot is to do one thing — honor her early achievements. It also showcases how a healthy and happy equal marriage is supposed to be. With Ruth’s  “understated determination,”  she is one of the most strongest and well respected women in the justice system.

Women’s History Month is a time where all women come together to feel heard and celebrate how far we have come as a united group. These movies only give some perception on how it is to be female in a world where you feel invalid or your voice is nothing but a whisper. We are changing and becoming stronger characters together and will continue to impact the world around us inside and outside of Hollywood.