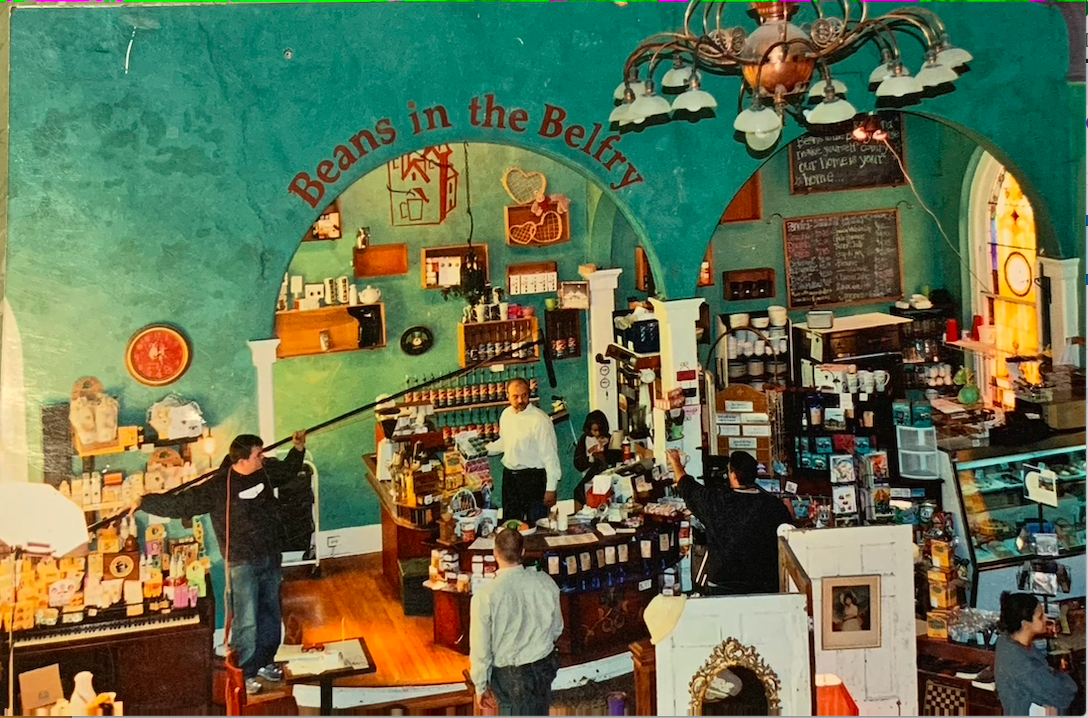 Commercial being filmed in the Belfry. Photo courtesy of Melanie DiPasquale

Commercial being filmed in the Belfry. Photo courtesy of Melanie DiPasquale

A Brunswick Treat For Locals

The History Behind The Restaurant “Beans In The Belfry"

Beans in the Belfry is located in Brunswick, Maryland, on West Potomac Street.  The restaurant was established in 2004 but the building itself has been here since 1910. Who would have thought a building that was once tucked behind vines left untouched, would now become such an important part of Brunswick’s history?  The owner, Melanie DiPasquale said, “Tucked behind all the vines that covered the building was a for sale sign, and I just knew I had to have it.”

For some of the folks in Brunswick this is a place that is very special. From people who come once a month, once a week, and every single day they all can find the beauty this place has to offer. Long time customer Barbara says, “The atmosphere is very eclectic,” which several others could agree with as well. Not only is the atmosphere and food great, “the owner and staff are very friendly, I was able to become friends with Hanna [Melanie’s mother] and Melanie [owner] right away,” Barbara says. Many of the regulars said that they love bringing new friends here to see how taken back they will be when opening the doors.

This is my place of sanctuary.”

Melanie liked the idea of making this place her own. The potential she saw in the building was far more than unique. It took a year and a half to make what some can now call a home away from home, or as Melanie would like to call “the third place.” She wanted this to be a place where people can come to socialize and relax. At Beans in the Belfry  people can meet old and new friends—and just be themselves. She wanted this specific building because of how beat up it was, she wanted it to be an “extreme transformation” and it couldn’t happen anywhere else but this building.  And clearly it’s brought a lot of success. One of Melanie’s favorite opportunities was being able to make such an impact on the movie God and Vodka, that was filmed in the location, and seeing the success that came from it after the filming.

What does Beans in the Belfry mean to you?

For the people who have been to the Beans in the Belfry countless times, they can all agree that there are special memories happening in this place everyday. Manager Cory Hutson says, “The memories that happen here are so special. The excitement people show when I give them their food is beyond priceless.” For Mr. Hudson it created a fresh start to follow his dreams, and be a leader. “This is my place of sanctuary,” he expressed.

Beans in the Belfry represents what Brunswick can become.”

Here at “Beans” the employees are all about customer satisfaction. The owner of Roots & River Yoga, another Brunswick business, Machelle says, “This is a place of community, coming here on weekdays is like one big reunion. Because I get to see all my neighbors and friends.” She also explained it as being an “extended office” she brings clients here for interviews because of the vibe this place gives off. “Beans in the Belfry represents what Brunswick can become,”  Machelle says. 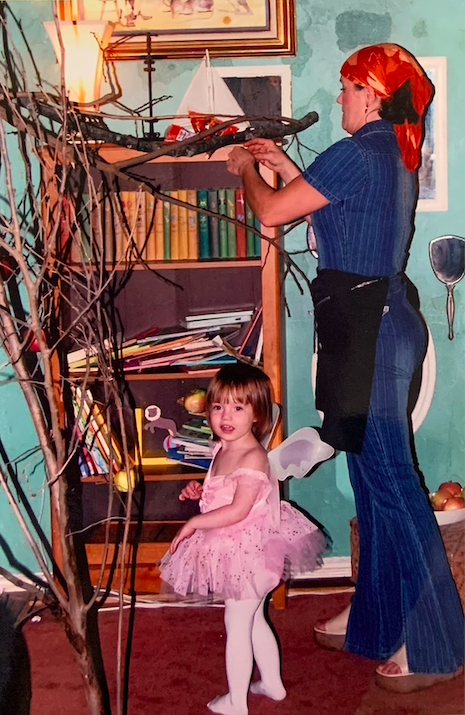 Gallery|10 Photos
Melanie and her daughter at the children's section in the Belfry. Photo courtesy of Melanie DiPasquale
View Comments (1)
Donate to Garnet & Gold Gazette
$0
$500
Contributed
Our Goal