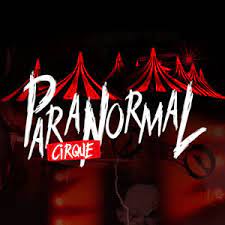 A Review Of The Paranormal Circus, Cirque de Italia

“Paranormal Circus,” that title has a lot packed into it. Recently, the Paranormal Circus spent some time in Frederick Maryland, and I had the opportunity to experience it. Advertised on social media, I found out about this performance through Facebook.

I will need to preface this review with the statement that this Circus was NOT appropriate for anyone under 13. In fact, no one under 13 was allowed entry, and if you were under 18, you needed an adult over 21 as a chaperone. It is very much not a family friendly event, and its target audience is meant for older teenagers and adults.

Now, with that spicy preamble out of the way, on to the show!

The circus tent was ginormous. On the outside, it took up most of the Frederick Fairgrounds. If there was any way to get all the emo and goth people in the Frederick area into one spot like moths being attracted to a flame, this was it. As you entered the gates, they had a red-lit fountain with fake skeletons to form a makeshift courtyard. As we were checked in at the door for our tickets (bought online on their website), we entered through the huge open wooden gates into the darkness.

Inside was even bigger than it looked. To your left from the doorway were concessions and souvenirs such as scary masks. Directly in front of you was another gated entrance flanked by gargoyles up a path that led into another dark, red-lit tunnel. Screams were coming from inside. As my friend, Marissa, and I entered, we found out why. They had a path set up like a pop-up Haunted House attraction you see at Field of Screams or Cumberland Farms. Marissa and I were chased by a fake-bloody man carrying a chainsaw to the entrance to the seating. The entrances were warped by red strobe lights, and seating was tightly packed. Workers dressed in costumes carried around cotton candy, popcorn and sno-cones in light-up cups for purchase. Soon after we were seated, the Circus began.

They began with gymnasts performing their routine on bars while dressed like zombies, followed by a contortionist dancer. Next, they had an acrobat doing her performance on a zipline and motorcycle with her partner, and a woman swinging on a rope attached to her hair. The last act before intermission was a comedic act by a man dressed in a traditional nun’s garb, and he pulled people from the audience onto the stage based on certain, shall we say, attributes, and had them perform various tasks, using miming for instruction in front of a fake camera as though he were making a movie. The performers often made rude hand gestures to the audience, much to our amusement.

During intermission, Marissa and I grabbed snacks and browsed the souvenir stand, purchasing matching masks. You could also take a picture on a chair with Freddie Krueger and Jason the Killer. Then we returned to our seats for the final acts, which included a magician who made people disappear, reappear, and had four people emerge from a small box, among other things, and a daredevil acrobat running, rolling, and jumping rope on the Spinning Wheel of Death that had us on the edge of our seats, sure he would fall. The final performance thanking the audience for their participation and applause was an all-cast dance to Michael Jackson’s “Thriller” remix.

Overall, we left highly entertained. Tickets ranged in price from $15 to $50 per person based on age and seating plus a $10 service fee and tax; and Marissa and I agreed that for the amount of work and skill level, they absolutely could have charged more for tickets (that being said, I’m glad they didn’t, because I was able to experience this absolutely amazing performance put on by the lovely people of Paranormal Cirque. They are still available to see, but they have moved on from Maryland and are now in Pennsylvania. If you can brave the drive, or get a chance to see them in the future, I highly recommend it, you won’t regret it.