Grant Changes The Future Of The Robotics Teams 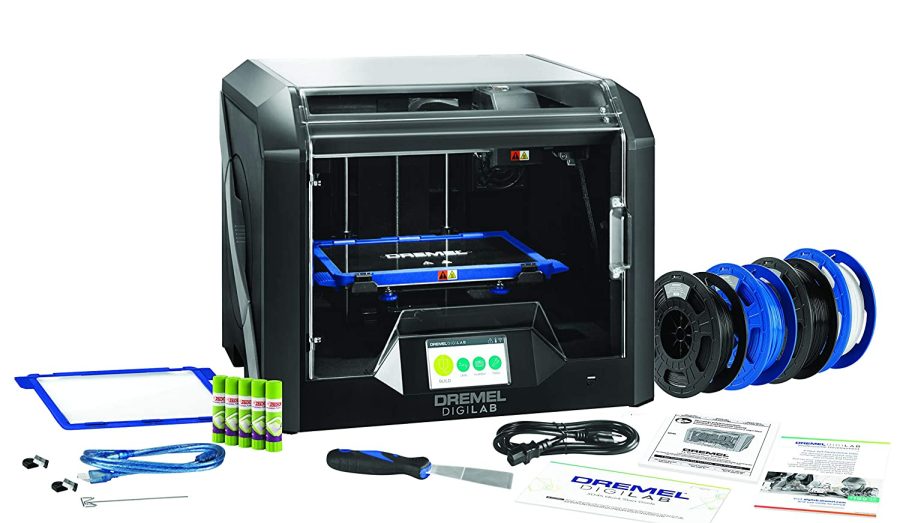 The new 3D printer for the robotics team. Courtesy of amazon.com

The robotics teams here at Brunswick have recently applied for a grant from the state to fund the upcoming season. This money would be used to purchase materials for building the robot and participating in outreach events. However, just recently they received money from a grant that they never applied for. Brad Damazo, longtime mentor and father of founding member Emma Damazo, donated $5000 from the Bayer Fund America’s Farmers Grow Communities grant program. With this, the teams are able to purchase a new 3D printer with features to make them competitive in the upcoming season. Minerva’s Mechanics’ team captain, Ann Davies, shared that ”the 3D printer has added a lot of interest in CAD in the school.”

The grant money will go a very long way towards the next season and help the teams be successful.”

The new 3D printer will have features for chromebook compatibility and a heated plate for easy removal of the parts when made. The donation will also allow the teams to purchase filament for the printer. 3D printing, according to Twi-Global, when compared to machining prototypes is “inexpensive and quicker at creating parts as the part can be finished in hours, allowing for each design modification to be completed at a much more efficient rate.” The top teams use a 3D printer to develop parts, test designs, and quickly assemble things that would otherwise require weeks to ship. This ability also allows the Computer Aided Design (CAD) team members to practice design by making an actual model.

The 3D printer has added a lot of interest in CAD in the school.”

Not only can the 3D printer be used for making materials for the robot, but it can also be used to gain points in the team spirit categories. During the competition, one of the ways to gain points is by having a team element rather than the provided elements for the event. For example, this season, to finish the event, the teams had to move a traffic cone on top of a tower. However, a way to gain significantly more points for that task is by using a team element, such as a bust of a roman general to replace the traffic cone. With a 3D printer, the teams would be able to make their own team element, in a variety of colors. The color may seem unimportant, but for the cameras that the team uses for scanning, the team can recognize a distinct color rather than scan the element. According to First Tech Challenge, “it is also a distance or range sensor that can be used to measure short range distances.” This allows the team to track their position in the game field as well, and overall gives more options for how the teams can complete the task.

This generous donation will not only be used for the 3D printer, and it will also go towards materials that the teams use in machining their own parts. The grant money will go a very long way towards the next season and help the teams be successful.

From everyone on the Minerva’s Mechanics and Apollo’s Architects robotics teams—thank you.

This next season, the robotics teams of Brunswick are looking forward to all of the opportunities that they have, and also looking for new members. If you or anyone you know is interested in learning about building, design, programming, and being active in the community, consider joining either team. Both are open to students with any level of experience.